If you enjoy eating out at Indian restaurants but generally stick to ice-cream for dessert, you are missing out. There are so many delicious Indian desserts to choose from, and dessert is enjoyed as part of a traditional meal across India. There are regional variations, but Indian desserts tend to be delectably sweet and made with a variety of spices, such as saffron, nutmeg and cinnamon. Here are four authentic Indian desserts that aren't to be missed:

Mysore pak is a South Indian dessert that has a texture similar to fudge. It's made with gram flour, sugar, cardamom and ghee, which is clarified butter. It's sometimes topped with slivered almonds or pistachios and is an indulgent treat that's often served as part of a celebratory meal. Mysore pak pairs well with a cup of strong coffee and is an ideal dessert to round out a rich meal.

Gulab jamun looks like doughnut holes, but this dessert has way more flavour and is typically served hot. The dish consists of several sweet balls made with flour, milk and cardamom. The balls are fried until crispy on the outside and spongy on the inside, and they are dipped in a sweet syrup that contains rose water and saffron. This dessert is perfect for those with a sweet tooth and the rose water syrup pairs well with a cup of fragrant black tea.

Gajar ka halwa is an immensely popular dessert that's enjoyed in homes across India and as part of festival celebrations. It's a sweet, creamy dish made with grated carrot, milk, sugar and cinnamon. The carrots are cooked slowly in the sweet milk until soft and the dish is garnished with raisins and crushed cashews just before serving.

Boondi ke laddo is a delectable dessert that's made with chickpea flour, cardamom, cashews and raisins. The mixture is shaped into balls and fried until crispy. It's an aromatic dessert with a nutty flavour and texture that makes it a satisfying treat. It can be enjoyed at any time, but it's also a popular dessert during festivals, such as Diwali.

These are just a few examples of delicious and authentic Indian desserts that are more exciting than a bowl of ice-cream. Next time you visit an Indian restaurant, look for these desserts on the menu or ask your server to recommend an authentic dessert for you to try. 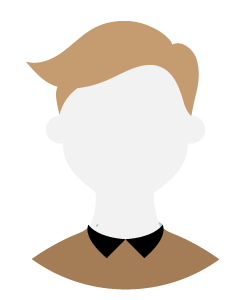 Hello, my name is Robert and this is my new blog. I am not a professional restauranteur. However, over the past year or so, I have visited many restaurants across the country. I never used to dine out much. I would just eat at home in front of the TV. Then I met my wonderful wife. My wife loves to eat out and she started to take me along on her trips to local restaurants. I had a fantastic time and came to realise how much fun dining out could be. My wife's father runs is own restaurant and he gave me some top tips to help me to find the best places to eat. I hope you enjoy my blog.

Read in about 2 Minutes